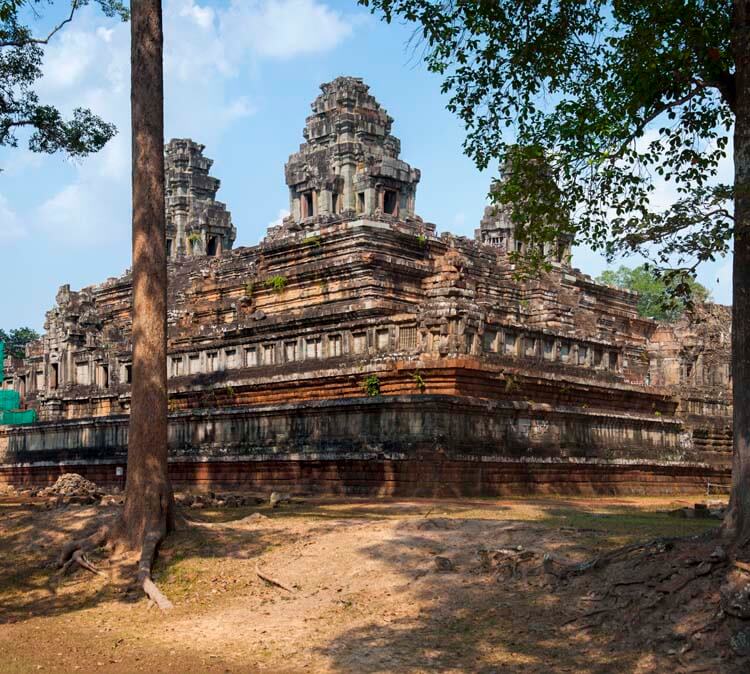 Ta Keo was possibly the first temple to be built by the Khmers entirely of sandstone. It’s a massive five-layered pyramid which rises 22m (72ft) from ground level.

It was the state temple of Jayavarman V, who as a ten year old boy succeeded his father, Rajendravarman, to the throne in 968. During the early part of his reign times were turbulent and the court officials dominated the royal political scene. However, when he was aged seventeen, he began the vast construction of his own state temple, Ta Keo.