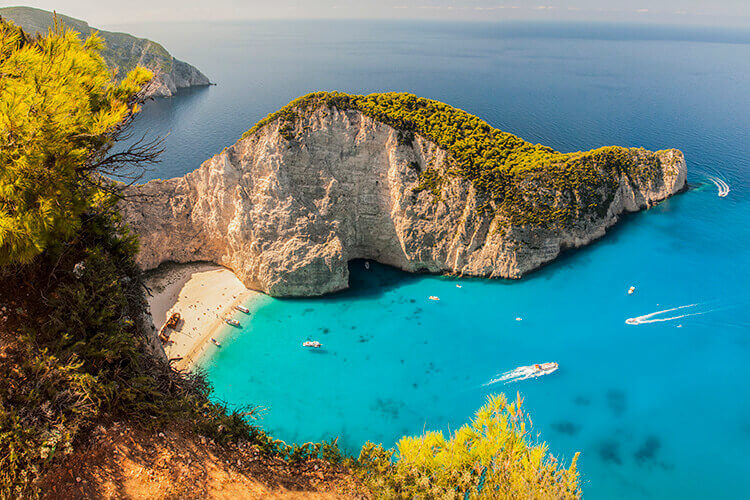 Navagio Beach or Shipwreck Beach, is an exposed cove and only accessible from the sea. It is often referred to as “Smugglers Cove”, on the coast of Zakynthos, in the Ionian Islands of Greece.

On 2 October 1980, during stormy weather and poor visibility, a freightliner, the MV Panagiotis, ran aground in the waters around Zakynthos Island on Navagio Beach. It is thought that the ship was smuggling contraband cigarettes, wine and women. Having been abandoned the ship now rests buried in the limestone gravel of the beach that now bears the nickname Shipwreck.