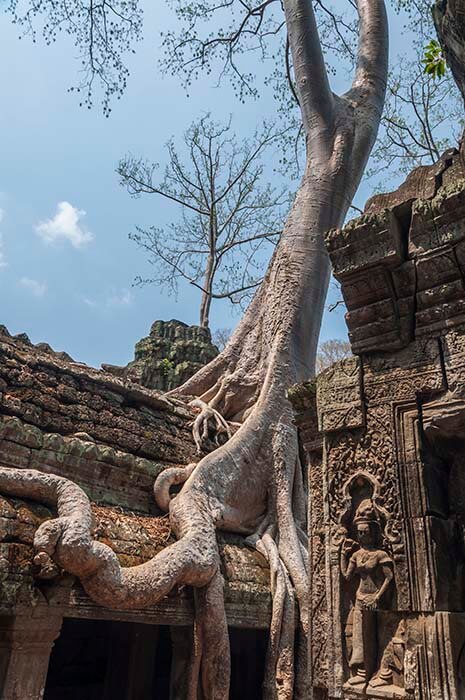 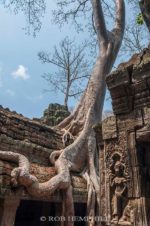 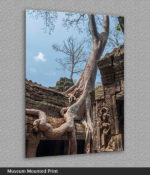 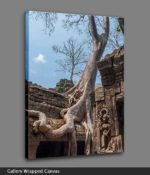 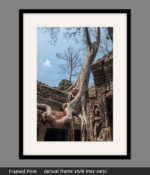 After the fall of the Khmer Empire in the 15th century, the temple of Ta Prohm (the modern name of the temple at Angkor in Siem Reap Province) was abandoned and neglected for centuries.

When conservation and restoration of the temples of Angkor began in the early 21st century, it was decided that Ta Prohm would be left mainly as it had been found, as it was the one which had best merged with the jungle, without becoming part of it.

This tree soars skywards while the roots maintain their reptilian-like grip on the beautifully carved temple structures below.