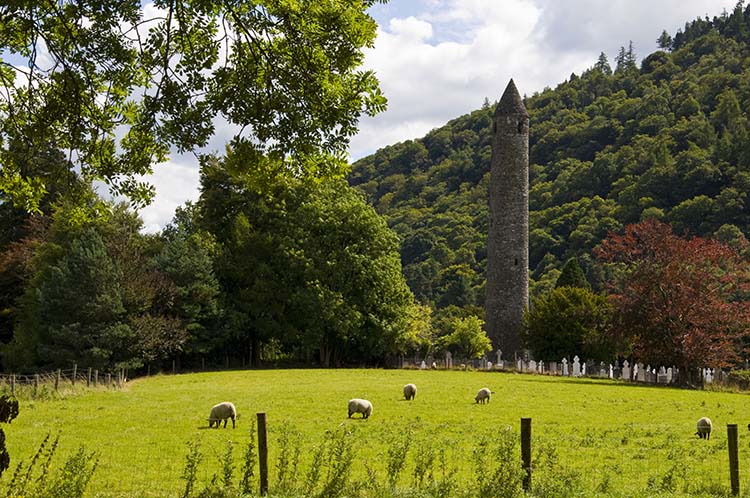 Glendalough means ‘Valley of two lakes’. It’s a glacial valley which is renowned for an Early Medieval monastic settlement founded in the 6th century by the monk, St Kevin.

The 30 metre tower is built of mica-slate interspersed with granite and with an entrance 3.5 metres from the base, which would have helped in its security from marauders. Round towers were landmarks for approaching visitors, and built as bell towers, but also served as places of refuge in times of attack.