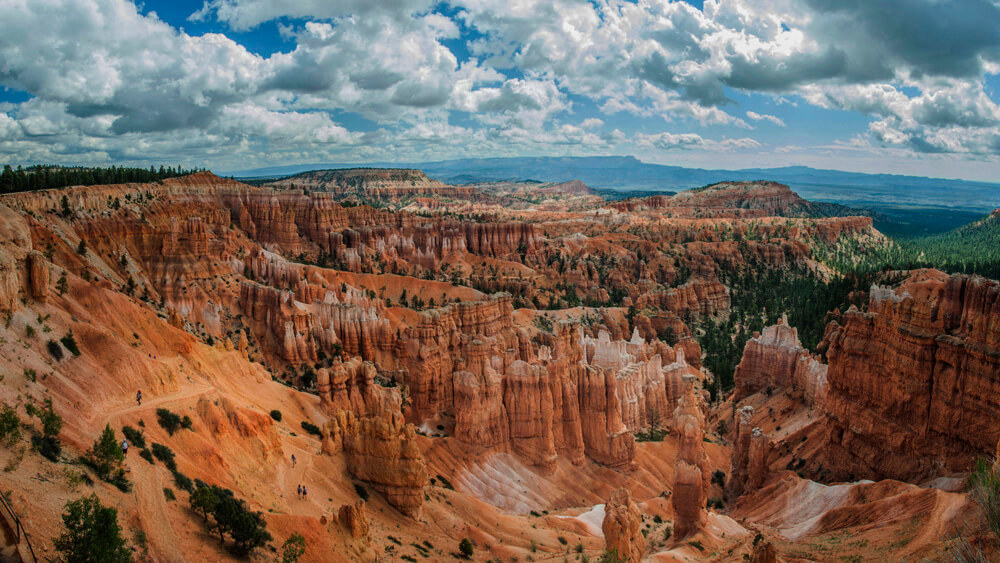 Bryce amphitheater viewed from Inspiration Point. The distinctive geological structures are called hoodoos, and have been formed by erosion and frost weathering. The red, orange and white colors of the rocks from which the park’s delicate hoodoos are carved, was laid down as sediments in a system of cool streams and lakes that existed from 63 to about 40 million years ago.

Bryce Canyon is a National Park located in the southwestern part of Utah in the United States.